I have always thought I was healthy, I was always skinny, fit and loved to exercise and play sport. That was a part of my identity.

But healthy looking (on the outside), doesn’t mean healthy on the inside.

Although I was not a sick kid, my health setbacks started from before I was born. Firstly, I was an antibiotic baby. My mother had been prone to infections and she had been taking antibiotics prior to my birth and conception, as well as after I was born too.

Around 12 months, a tummy bug that my brother, cousin and I got, left me sick for 1 year, while the others got better. I became a “failure to thrive” child during that time not gaining weight or growing as I should have been, worrying my parents sick.

I was very fortunate though. I grew up eating good food – home made, Italian style with some other influences from travel and family friends such as Indian, Thai and Indonesian. Fast food was RARE, as was anything sweet. Food was eaten as a family and Sunday was my favourite day of the week because we all went to my nonna’s and feasted for the entire day. It was here I got to have sweets that I never got any other day of the week (such as pie, cream, fruit, pavlova and cakes – however they were ALL home-made.) We lived in the countryside where there were lots of orchards and the area was famous for its fruit growing. We ALWAYS had seasonal fruit – although pesticides were commonly used and I often didn’t wash the fruit…

Overall, my childhood was pretty enjoyable and I was a pretty healthy kid. I got the usual illnesses like chicken pox, and colds and flus were maybe once a year. I was always strong and energetic. I never had bad skin or allergies…until I moved out of home.

I still rarely ate fast food (like McDonalds and KFC) but sweet treats were common and eating out was multiple times a week.

I was also on the pill… something that would last 16 years.

Drugs and drinking were pretty regular too. I didn’t party consistently but went through phases where it was a very regular part of my life. I always tried to balance it by exercising and having days where I ate well (i.e. broccoli).

Progressively, I noticed certain symptoms becoming more and more common, but one thing that was consistently dysfunctional was my digestion. Constipation was something I’d experienced since childhood, bloating and gas were the norm. I didn’t like wearing anything tight because my stomach was always so sensitive. Low riding jeans were a closet staple for me (thankfully they were in style) because I couldn’t bear to have anything press on my stomach.

What else occurred? Plenty of symptoms that I thought were all unrelated.

Having regular headaches that progressed into migraines was the norm. Feeling tired every day and relying on coffee was too. Allergies and hay fever became seasonal issues for me, something I’d never suffered from before and I had developed a cough that was constant. I always felt like I had something in my throat that needed to be cleared. I would literally cough myself (and the other members of my household) to sleep at night. I developed asthma. My period (on the pill) was a painful nightmare I dreaded each month, as was the hormonal acne that came along with it. I would get sick more often and it would last for WEEKS. Having sex even became painful and I would sometimes bleed during or after.

Waking up at night with gut pain became the norm. In fact, it was the straw that broke this camel’s back when I passed out in my bathroom one night from the same gut pain that had been waking me night after night making it so hard to get out of bed in the morning and go to work teaching high school students English.

Knowing it was gut pain, I went to see a gastroenterologist. I was so emotional and so over the pain that I broke down in her office. She didn’t even hand me a tissue but just told me that I had IBS and there was nothing to be done about it but simply manage it. Find out what I could and couldn’t eat and eliminate the bad. Oh and get a colonoscopy because I might have cancer. Awesome.

Thankfully I didn’t have cancer but I now had a diagnosis, a label. So I went for allergy tests to discover I was allergic to dairy (I could have told them that). I also saw a dietician (twice and never again). She told me that my diet was really healthy and she wasn’t sure what I should do as she’d NEVER heard of my symptoms. She told me to try cutting out onions and garlic (FODMAP foods) and see how I went. After the second visit, I decided she wasn’t worth her fee and that I needed to take the matter into my own hands.

In 2013, traveling home from a holiday with a friend, I was shopping in an airport book store while waiting for my flight. I found a book named “I Quit Sugar.” Sugar hey… that was something I had never tried to do or been suggested to do by any health care professional. I liked the look of the book and the info seemed relevant so I bought it and read it cover to cover on the plane. By the time I got to my destination, I decided that I had to do the program. That was Sunday and on Monday, I officially quit sugar.

Within 3 months, ALL of my gut pain was gone. I could sleep through the night without issues. WTF? This was freakin’ awesome. My body felt like it was healing and I suddenly felt lighter and more energetic. I was onto something.

I kept reading and learning about food, health and nutrition, I was especially keen on learning about the effects of sugar on the body. In early 2014, I discovered something called ‘Banting’ or ‘LCHF.’ There was some South African doctor by the name of Tim Noakes who was telling anyone who would listen that eating less carbs and more healthy fats was key to good health. My mind was super open to evolving in my health journey so I gave it a shot and jumped on this new way of eating called LCHF, or Keto.

I also quit the pill and went through my house and got rid of anything that was a chemical and could possibly be bad for me (I’d read about hormone-disruptors caused by toxic chemicals). I talked to anyone who would listen to me and preached LCHF as gospel, something that everyone should try. I loved it. I felt great, looked great and my body was healing.

More importantly, I was learning to listen to my body. I was cooking my own food more than I was going out. The partying took a back seat and sleep a priority. I was noticing all the subtle changes in my body from my skin becoming clearer to my energy levels improving, my brain fog clearing, my digestion improving, my moods improving, my headaches disappearing. And I kept reading and learning and fine-tuning and talking to anyone who would listen.

And in 2015 I started a blog called “The Fat Experiment” because I wanted to shout my story from the rooftops. Too many people were (and still are) suffering the way I was, or suffering in their own individual ways and I wanted to show them that they could take control and do something to help themselves and their health.

This is why I became a Nutritionist. First, via a certificate in Human Nutrition and then, in 2017 when I discovered an outstanding program that REALLY resonated with my belief system (way more than the university programs) – Nutritional Therapy!

In June 2018, I officially became a Functional Nutritional Therapy Practitioner (FNTP) which CHANGED MY LIFE FOREVER and it is why I’m here today.

Blogging about my story wasn’t enough; my desire to help people became greater than me as I continued to encounter people who were in a similar rut and not sure what to do or who to turn to. People who wanted to try low carb or keto because they’d heard it could help their symptoms but didn’t quite know how to…

So here I am to do just that.

This former ‘failure to thrive’ child is now thriving thanks to low carb/keto/carnivore as well as Nutritional Therapy and a bunch of other biohacks I have implemented along the way. I hope you’ll trust me to guide you on your journey. I swear to you, if you do, it will be one hell of a(n awesome) ride! 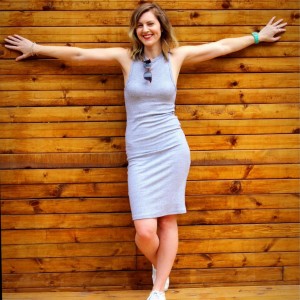 Bianca is a Functional Nutritional Therapy Practitioner who focuses on a bio-individualized, well prepared, whole food diet. She, and her two cats Alley and Jax, eat a grain/gluten/dairy and sugar free diet and feel wonderful doing so. Bianca lives and has coached the no sugar, low carb, keto, as well as carnivore lifestyles.

Do NOT follow this link or you will be banned from the site!